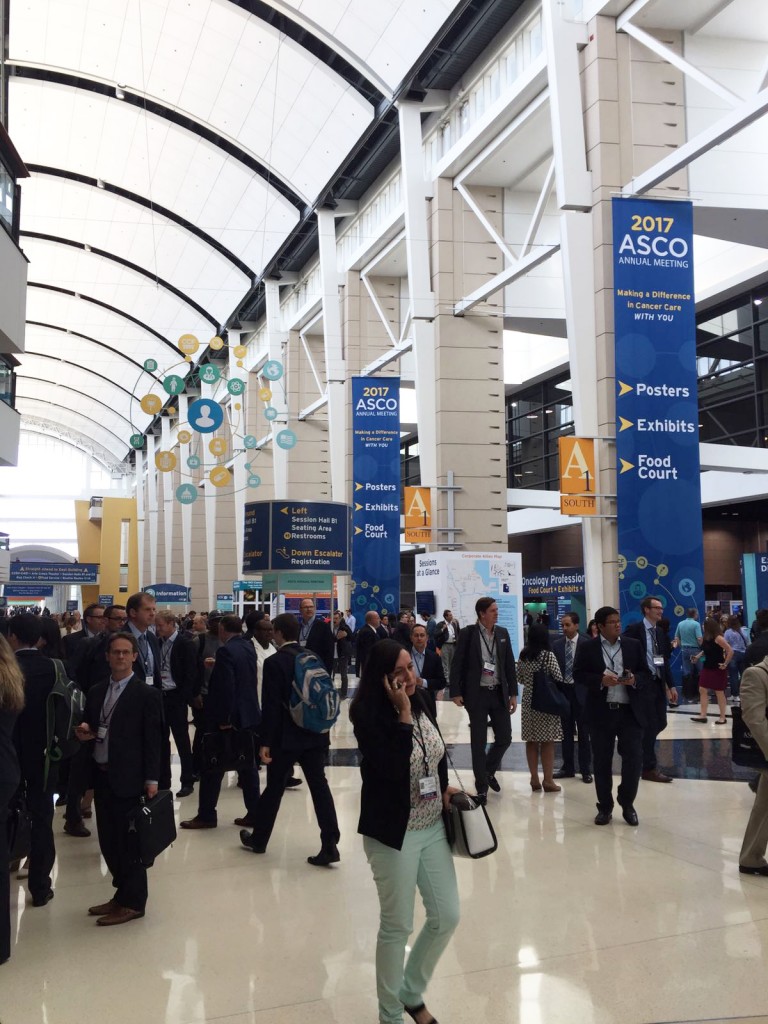 CHICAGO – In an early clinical trial, 33 out of 35 (94%) patients had clinical remission of myeloma upon receiving a new type of immunotherapy  ̶  chimeric antigen receptor (CAR) T cells targeting B-cell maturation protein or BCMA. Most patients had only mild side effects. The study was presented at the 2017 American Society of Clinical Oncology (ASCO) Annual Meeting.

“Although recent advances in chemotherapy have prolonged life expectancy in multiple myeloma, this cancer remains incurable,” said study author Wanhong Zhao, MD, PhD, an associate director of hematology at The Second Affiliated Hospital of Xi’an Jiaotong University in Xi’an, China. “It appears that with this novel immunotherapy there may be a chance for cure in multiple myeloma, but we will need to follow patients much longer to confirm that.”

Over the past few years, CAR T-cell therapy targeting a B-cell biomarker called CD19 proved very effective in initial trials for acute lymphoblastic leukemia (ALL) and some types of lymphoma, but until now, there has been little success with CAR T-cell therapies targeting other biomarkers in other types of cancer. This is one of the first clinical trials of CAR T cells targeting BCMA, which was discovered to play a role in progression of multiple myeloma in 2004.

Key Findings
The authors report results from the first 35 patients with relapsed or treatment-resistant (refractory) multiple myeloma enrolled in this ongoing phase I clinical trial in China. First signs of treatment efficacy appeared as early as 10 days after initial injection of CAR T cells (patients received three split doses of cells over a week). Overall, the objective response rate was 100%, and 33 (94%) patients had an evident clinical remission of myeloma (complete response or very good partial response) within two months of receiving CAR T cells.

To date, 19 patients have been followed for more than four months, a pre-set time for full efficacy assessment by the International Myeloma Working Group (IMWG) consensus. Of the 19 patients, 14 have reached stringent complete response (sCR) criteria, one patient has reached partial response, and four patients have achieved very good partial remission (VgPR) criteria in efficacy.

There has been only a single case of disease progression from VgPR; an extramedullary lesion of the VgPR patient reappeared three months after disappearing on CT scans. There has not been a single case of relapse among patients who reached sCR criteria. The five patients who have been followed for over a year (12-14 months) all remain in sCR status and are free of minimal residual disease as well (have no detectable cancer cells in the bone marrow).

Cytokine release syndrome or CRS, a common and potentially dangerous side effect of CAR T-cell therapy, occurred in 85% of patients, but it was only transient. In the majority of patients symptoms were mild and manageable. CRS is associated with symptoms such as fever, low blood pressure, difficulty breathing, and problems with multiple organs. Only two patients on this study experienced severe CRS (grade 3) but recovered upon receiving tocilizumab (Actemra, an inflammation-reducing treatment commonly used to manage CRS in clinical trials of CAR T-cell therapy). No patients experienced neurologic side effects, another common and serious complication from CAR T-cell therapy.

Next Steps
The researchers plan to enroll a total of 100 patients in this clinical trial, at four participating hospitals in China. “In early 2018 we also plan to launch a similar clinical trial in the United States. Looking ahead, we would also like to explore whether BCMA CAR T-cell therapy benefits patients who are newly diagnosed with multiple myeloma,” said Dr. Zhao.