Based on Advisory Board, Collaborations, Community Speaker and Consultancy agreements, MPE carried out a survey to analyse these contracts in order to find out what problems advocates may have experienced while going through them.

These contracts define the terms and conditions of the collaboration such us confidentiality, intellectual property, copyright, data protection, compensation and other responsibilities of both parties. According to the survey “Reasonable agreements between patient advocacy and the pharmaceutical industry” answered by more than 80 patient advocates and representatives of several European and national patient organisations, most of the contracts between pharma and patient organisations are difficult to understand and contain unreasonable clauses.

Around 20% of advocates rarely or never read all legal agreements in detail before signing them because they don’t have legal support, they don’t have time to check them, they trust pharmaceutical companies or other reasons such as the length of the contract or the confusing terms used. The legal agreements usually are difficult to understand and confusing for people who don’t have a legal background or legal support.

The length of the contracts is one aspect that advocates would change in the legal contracts. 63% of all contracts they receive have six or more pages while 85% of advocates think that the reasonable length for a contract should be between one and five pages.

Besides the length and the terms used in the contracts, the clauses included in the contracts are often unreasonable or unfair from the patient point of view. The clauses to protect the pharmaceutical company against litigation, advocate guaranteeing that any third party material used by the advocate can be used by the company or the ownership and intellectual property of work delivered by the advocate are some of the clauses considered unreasonable by more than a half the advocates who answer the survey. 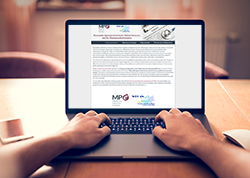