ASCO and EHA highlights in myeloma and AL amyloidosis 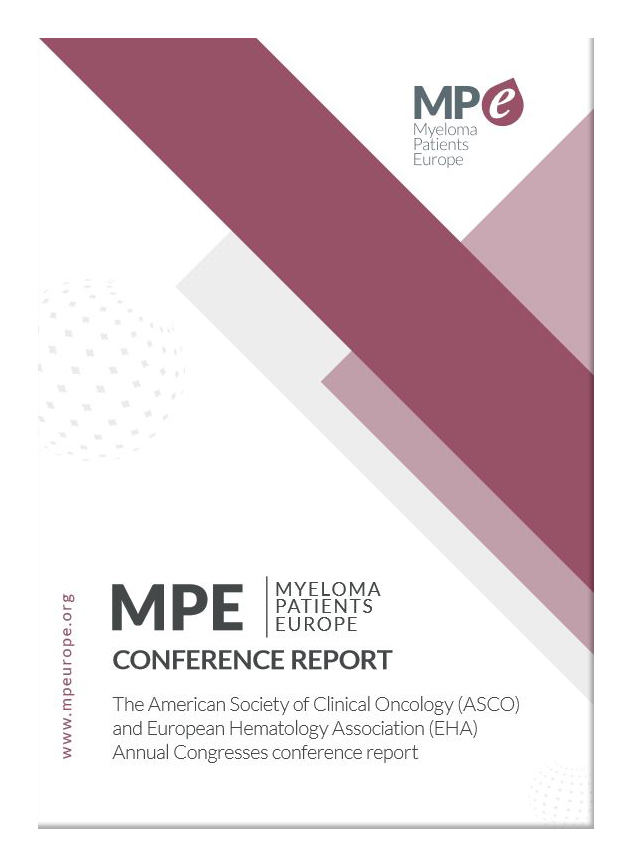 The American Society of Clinical Oncology Annual Meeting (ASCO2020) is the largest and one of the most important congresses for the oncology community. Many myeloma and AL amyloidosis updates were presented at this congress which was held from 29 to 31 May 2020. Two weeks later, the 25th edition of the European Hematology Association’s annual congress (EHA25 Virtual), one of the most important haematology congresses here in Europe, was held from 11 June to 21 June 2020.

Myeloma Patients Europe (MPE) attended both ASCO2020 and EHA25 Virtual and interviewed relevant myeloma and AL amyloidosis specialists in different languages to provide an overview of the key highlights in both diseases presented during these meetings.

Below you will find different materials to put together the most important updates presented in both diseases:

ASCO20 – CAR-T cell therapy highlights in myeloma. Interview filmed with Dr Hermann Einsele, Director of the Department of Internal Medicine II at the Würzburg University Hospital to summarise the main highlights on CAR-T in myeloma presented at ASCO 2020. Watch the German version of this interview here.

ASCO 2020 – The Boston study. Interview filmed with Prof. Dr Meletios A. Dimopoulos, National and Kapodistrian University of Athens School of Medicine, Greece, to summarise the results of the Boston study presented at ASCO 2020.

EHA25 Virtual – Myeloma highlights. Interview filmed with Dr María Victoria Mateos, Director of the Myeloma Unit at the University Hospital of Salamanca-IBSAL in Spain, to summarise the most important myeloma highlights presented at EHA25 Virtual). Watch the Spanish version of this video here.